The 10 Safest Travel Destinations In The Globe 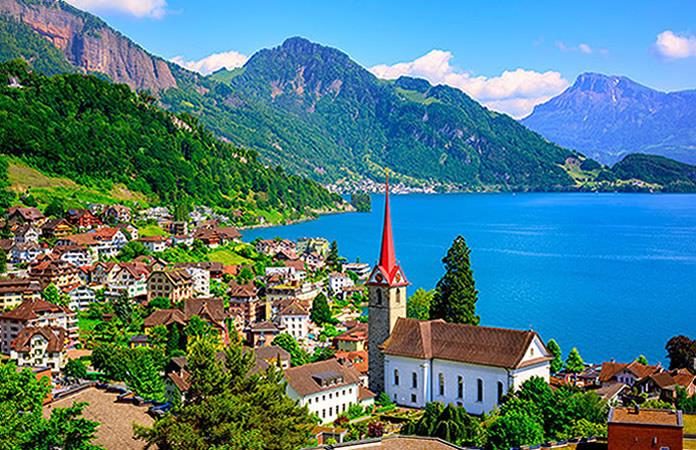 The 10 Safest Travel Destinations In The Globe/

Greece is considered to be an earthly paradise. Combining sun sea, and many beautiful Islands with turquoise-green waters, Greece enriches its natural treasures with harmonious architecture, charming rustic culture and sophisticated cuisine.

Japan is the place where ancient traditions are fused with modern life as if it were the most natural thing in the world. The streetscapes of its cities look like sci-fi film sets. Although many of the building are old, they are considered to be landmarks of a new era.

Canada is a wonderful country. Even though many consider that the country is nothing more than its hulking-mountain and craggy-coast good looks, it has so much to offer to its travelers.

Well-known for the silk-smooth chocolate, cuckoo clocks and yodeling, Switzerland is considered to be ideal for epic journeys and sublime experiences. The land of four languages combines rural and natural beauty harmonically.

Since the fall of communism in 1989, the Czech Republic has become one of Europe’s most popular travel destinations. The country is considered to be the best beer producer as since the invention of Pilsner Urquell in 1842, the Czechs have been famous for producing some of the world’s finest brews.

Medieval castles, cobblestone villages, captivating cities and golden beaches are some of the characteristics of this beautiful country; Portugal have an amazing experience by trying to explore its history, great food and idyllic scenery.

New Zealand is the land of no worries; uncrowded, green, peaceful and accepting is considered to be the ultimate escape. Visiting this earthy paradise do not forget to taste its cuisine.

Combining perfectly the urban and the outdoors Austria is a very good and safe travel destination. The travelers have the opportunity to hike in the mountainscapes and enjoy the nature but also have a walk in the cosmopolitan city of Vienna.

The landscape in Denmark like most of Scandinavian countries is defined by its water and its many islands, each of which has its own distinctive character. Visiting towns with unpronounceable names is really fun if you are prepared for an adventurous and challenging journey.

The nature lovers will be amazed by the cinematic landscapes of the country. Iceland is considered to be one of the most breathtaking northern destinations. The natural beauty found in Iceland’s nature was always expressed through the cultural life; medieval sagas and contemporary thrillers attempted to describe in paper the amazing scenery.